American College of Norway is Growing

Recently, American College of Norway's American student population has grown thanks to new marketing tactics in areas that have strong Norwegian ties in the United States. Read more about this exciting growth and why American students are making ACN their study abroad destination. 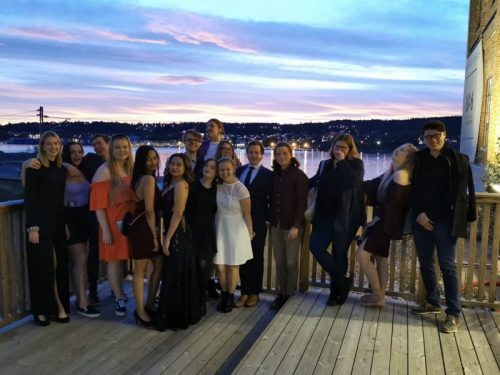 Increasingly, study abroad has become more than just a break from regular studies, but a necessity in our interconnected world. The skills acquired from a semester abroad not only personally benefit students, but gives them a leg up on the competition professionally. And with Norway becoming more well-known as a study abroad destination, American College of Norway knew more exposure in various Norwegian American U.S. markets would benefit both the students and ACN.

After initial strategy development, ACN worked hard to create new digital marketing campaigns on social media, contribute content for various educational publications, as well as connect with the many Norwegian American organizations across the U.S. In less than a year, ACN has more than doubled its American student population. Additonally, as ACN is receiving more inquiries from U.S. sources, these numbers are expected to rise in the coming semesters.

As more students are learning about ACN, they are increasingly choosing the program because it gives them a fascinating and effortless introduction to Norwegian culture from their Norwegian classmates. 2019 Summer School student, Liv Lyche from Kansas said the following about her time abroad at ACN. “Studying abroad at ACN this summer gave me the unique opportunity of getting to explore my Norwegian roots. I got to do it with other American students as well as Norwegians, and the faculty and staff here are incredible. I highly recommend it.” Liv, like other students heard about ACN through our presence in the Sons of Norway Viking magazine. 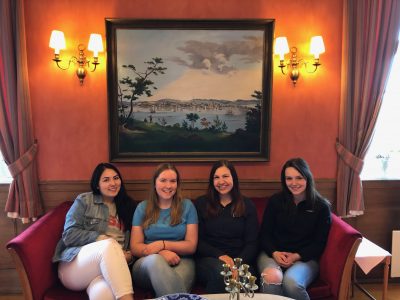 Liv with classmates on a tour of Konvensjonsgården

Moorhead State University student, Kayla Wendt is currently studying abroad at ACN this fall semester. “I knew I wanted to go to Norway because my family heritage is deeply rooted there and ACN was the perfect opportunity. It’s also a major benefit that my credits will transfer back to Moorhead State University because ACN is an American college! I would definitely recommend ACN to anyone wanting to study abroad because the transition is easy and effortless, plus ACN staff work hard to make sure the campus environment is inclusive and fun.” This semester, Kayla has been exploring her Norwegian heritage on various trips around the country. She has also taken advantage of the three-day weekends and visited other countries in Europe with her new friends at ACN. Kayla also heard about our program through Sons of Norway.

If you or anyone you know is interested in studying abroad in Norway, let them know about ACN. Where else can you earn U.S. university credits alongside Norwegian peers at an affordable price in a welcoming and inviting living-learning community?!

Kayla exploring Oslo on a trip organized by ACN staff

If you’re hoping to study in Norway at the American College of Norway like Liv or Kayla, click here to learn more about our unique and exciting program! Watch our study abroad video too by clicking here!

Are you longing for traveling or yearning to explore something new while making memories that will last a lifetime? If so, come join us at the American College of Norway (ACN) for our four-week summer school program from May 23 – June 17 and earn up to 6 U.S. credits while you're at it! Apply today to secure your spot in this unique program!
Les mer