25 Years of the American College of Norway!

This past summer, the American College of Norway celebrated its 25th anniversary right where it all started, in Moss, Norway! ACN alumni, faculty, staff and supporters came from near and far to celebrate our 25th anniversary with fun-filled reunion events the last weekend of June. With over 100 attendees in total, there were countless reunions and walks down memory lane. 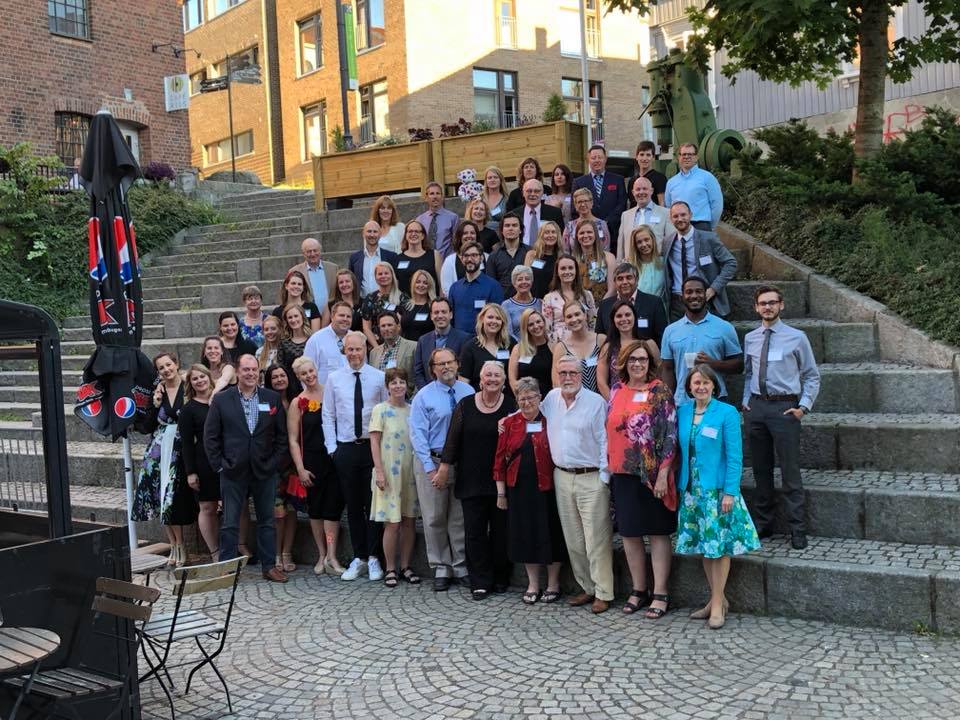 Last fall, the American College of Norway celebrated 25 years of cross-cultural exchange with an alumni reception at the University of North Dakota. The event was beyond well received with over 100 attendees who came out to celebrate all things ACN. With great success, we promised to keep the celebrations going this summer and that’s exactly what we did!

Earlier this summer we held our much anticipated “25th Anniversary Celebrations in Norway” right where it all started, in Moss, Norway! After months of planning and preparation and with the help of ACN’s dedicated staff and volunteers, an eventful reunion weekend was planned.

To kick off the reunion weekend,  ACN’s Executive Director, Krista Lauritzen and Terje Pettersen from Moss Kommune led a bus tour of Moss with stops at all the locations where the American College of Norway has been housed throughout the years. The bus tour was one of the many highlights from the weekend with Krista telling countless stories, sharing fun facts and reminiscing with attendees from the very first class to recent ACN grads. The bus tour easily helped set the mood for a successful and unforgettable reunion weekend. 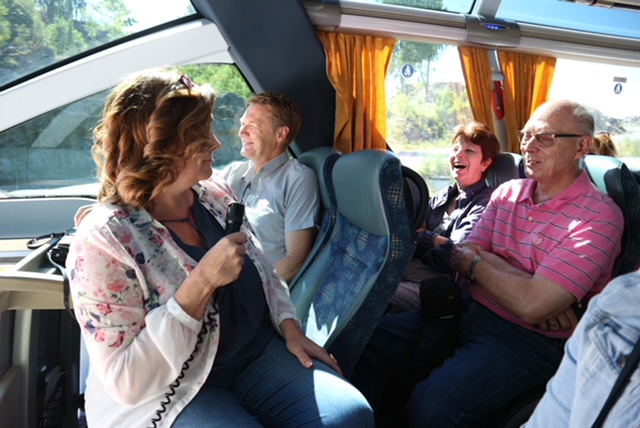 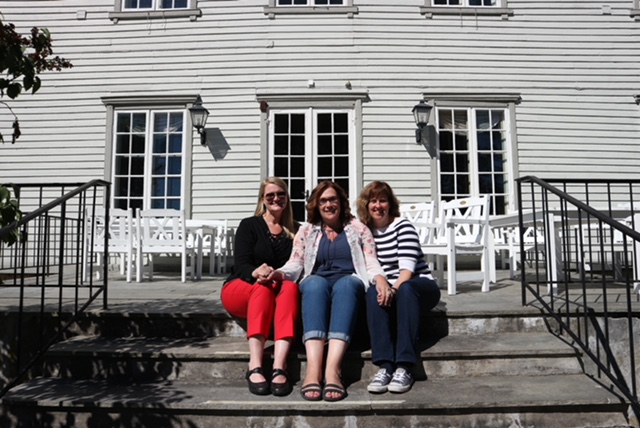 Later that evening, the celebrations continued at a Happy Hour at ACN’s current location. Throughout the night, cheers were made, ACN trivia was played and lots of laughs were had. 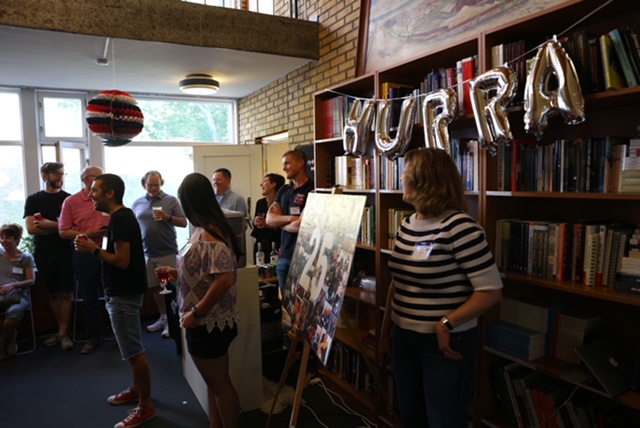 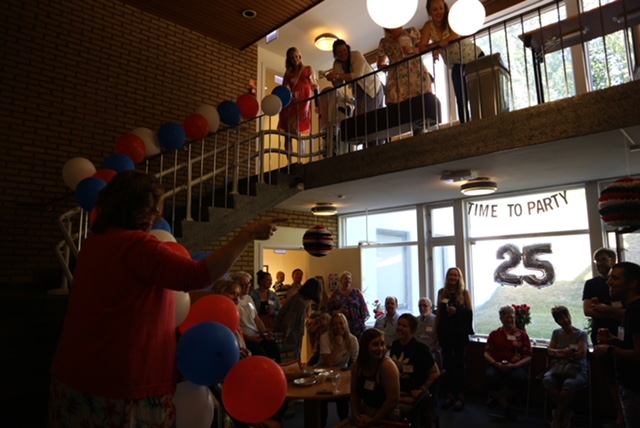 After a successful first day we kept the celebrations going at a celebratory banquet in Moss. Prior to the banquet, we invited all attendees to a celebratory toast in Konvensjonsgården, an historic and important building in Norwergian history that ACN has the great pleasure of using for educational and entertainment purposes. Starting the night off in such a regal setting easily helped set the mood for a memorable evening. 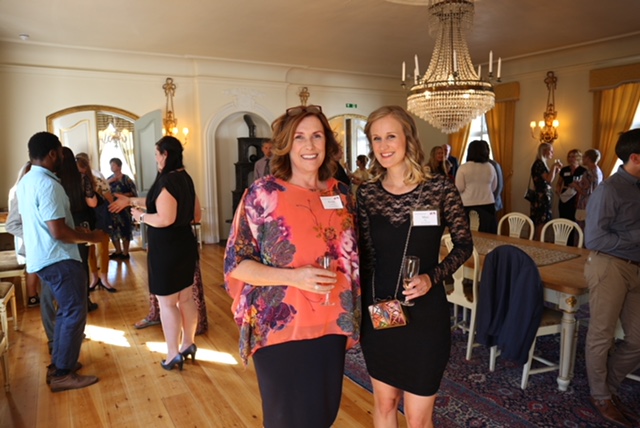 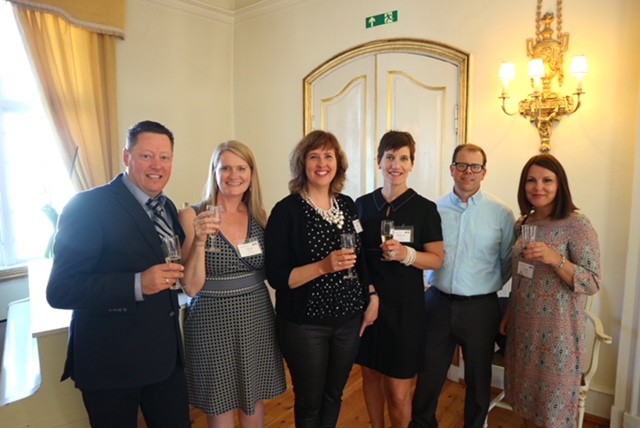 At the banquet, attendees came from near and far and from all 25 years. ACN supporters from Norwegian Parliament, U.S. Embassy Oslo, American Chamber of Commerce in Norway, Norge-Amerika Foreningen, Campus Moss, University of North Dakota, West Chester University and American College of Norway Foundation, USA were in attendance too. During the banquet, presentations and speeches were made, raffle prizes were given away and a reunion video was played. 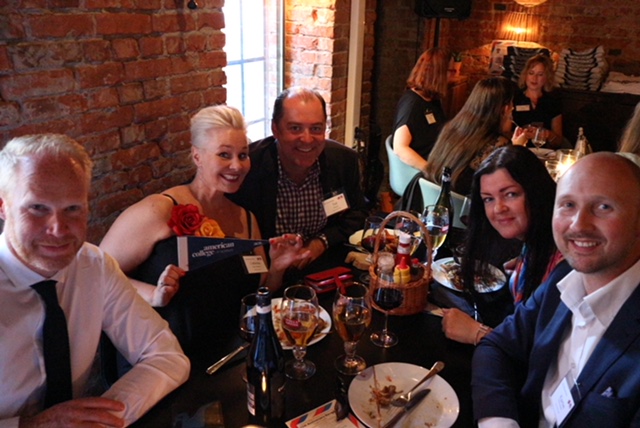 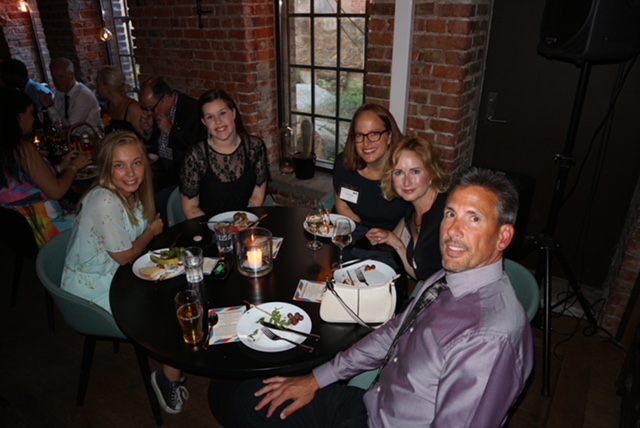 In addition to all the excitment, with the recent launch of American College of Norway Foundation, USA, many attendees became Founding Donors helping to ensure that future students are also able to benefit from an ACN experience. In total, 25 attendees became Founding Donors at the banquet! And thanks to an anonymous donor who challenged all attendees to donate to the American College of Norway Foundation, USA by offering to match whatever was donated throughout the evening, the pledges kept coming in! Due to the enthusiasm and support, $3,418 was raised with the match bringing the total to $6,836! If you haven’t become a Founding Donor yet,  you can still join the movement and donate today! Click here to make your pledge. 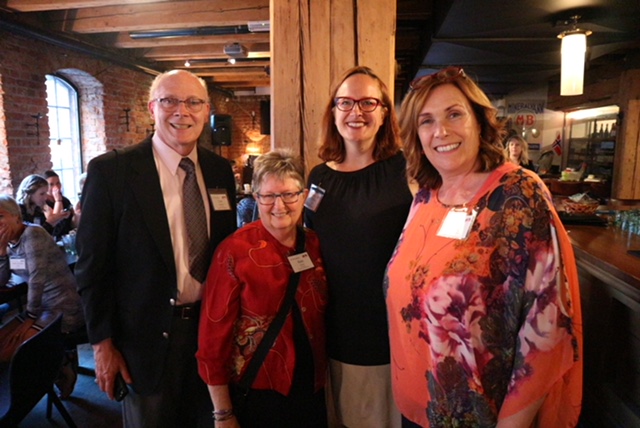 To end our 25th anniversary celebrations, we celebrated the Fourth of July in Oslo at the annual American Coordinating Council of Norway’s American Independence Day celebration in Frognerparken. We grilled, took in the beautiful weather and sights, rocked out to some classic American rock music and reunited with even more ACN alumni! 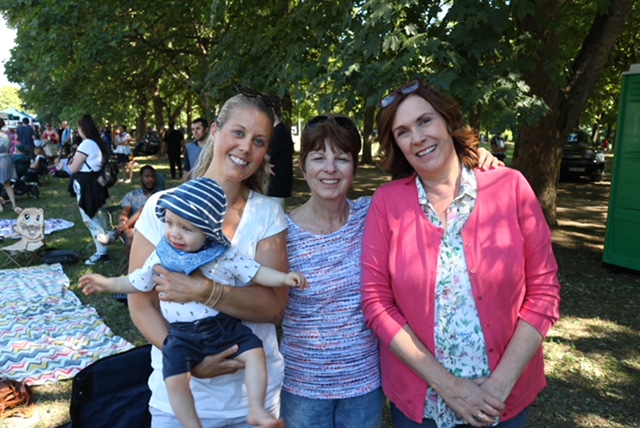 We can’t thank everyone enough for joining the celebrations. Your enthusiasim and commitment to ACN is beyond words and ACN wouldn’t be where it is today without YOU! THANK YOU! Now here’s to 25 more years!

In spring 2022, students enrolled in Creative Writing with professor Lillian Correa had the opportunity to participate in a Short Story Competition. The judges were impressed by all of the stories submitted, and finally (unanimously) settled on a winner: Isabella Burke's "Raspberry Bushes".
Les mer