My Experience at the Nobel Peace Prize Forum

Petter Wilhelmsen was one of two ACN students chosen to go to Minneapolis, MN to attend the 2016 Nobel Peace Prize Forum. Here he reflects on his experience. 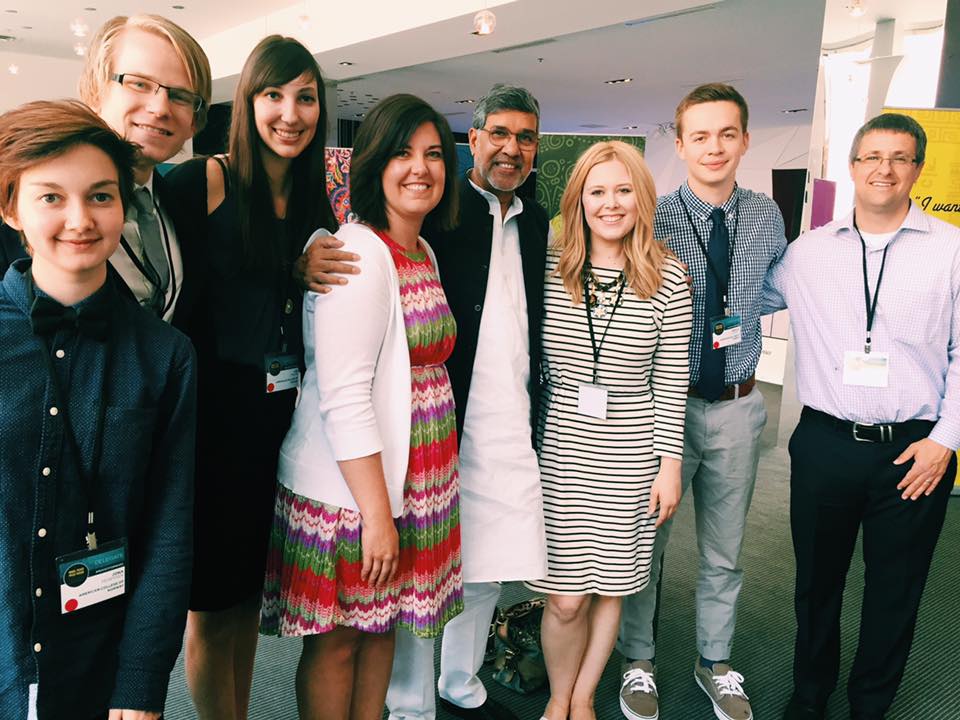 After having attended the Nobel Peace Prize Forum in Minneapolis, representing the American College of Norway, I have learned a lot about international relations, about volunteering and NGO’s, and about the passion for helping others and making the world a better place. The event at the Radisson Hotel was a wonderful venue for networking and learning, and in addition to being introduced to new faces with new and different ideas, I was able to make new friends and learn things about myself that I was not aware of previously.

The Nobel Peace Prize Forum offered a list of various speakers with different views and agendas, which was great. We were able to listen to both students, politicians, business leaders, and a Nobel laureate, and some of them were truly inspiring. At times I was challenge with ideas that seemed to not all follow the same philosophy. For example one speaker could be talking about pacifism and peace, and the next about how we should punish people that do bad things (like people involved with child slavery) with as harsh penalties as possible. I found these contrasting approaches difficult to reconcile.

The best part of the Nobel Peace Prize Forum was when Kailash Satyarthi held his speeches. He was truly an inspiring speaker, and he is such an inspiring person. The respect he showed when he spoke of other people, and the passion that was sparkling from his eyes when he spoke of his visions, was astonishing. The trip to Minneapolis was of course crowned with a “selfie” of Mr. Satyarthi himself and me – regardless of the bad picture quality.

The opportunity to participate at the Nobel Peace Prize Forum was amazing and I would not have been without it. I was able to see the beautiful city, see the inside of a maximum-security state prison and literally bombard the officers with questions, and even experience the ultimate American day; breakfast at IHOP followed by a baseball game. However, it is the dialogues that will echo in my head when I think back to the Forum. They unveiled a future that is possible to believe in, and pushed everyone, I think, to take a step forward and make a difference.