In spring 2021, students enrolled in Creative Writing at ACN had the opportunity to participate in a Short Story Competition. The judges were impressed by all of the stories submitted, and finally (unanimously) settled on a winner: Jim Westgård's "Unit 1A docking to loading bay 4". 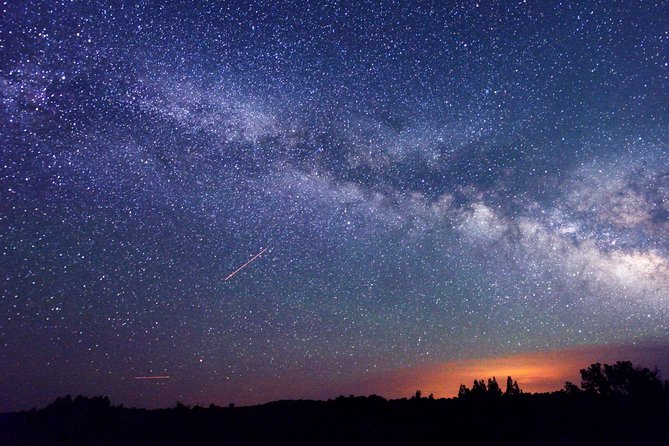 The burnt smell emanating from mineral storage stung my lungs for the first time in
three years and it elicited unforgotten memories.

How I hated that robotic announcement, I always got my hopes up when the intercoms
started to crackle, and those hopes were always crushed. It had been five days since Bruce
departed on his first mission to the asteroid belt. Bruce had been unemployed since we moved
here three years ago. Unfortunately, all mining in the sector had been terminated after the
incident. There was nothing here for him, but he refused to leave my side even though he was
offered a position at the new station on the other side of the belt. Luckily, I made enough
credits working in the communications sector to support both of us, but Bruce never cared for
sitting still. So, when the mineral extraction contracts opened again, he was on the first crew
to the asteroid belt, unit 1A. Bruce could scarcely conceal his glee. He restrained himself only
because he didn’t want to seem ungrateful for me having supported him the last three years,
and he probably wanted to seem cool-headed in front of his new mining buddies. Bruce was
like that. In many ways, he was like a Golden Retriever, all anxious to please and be loved,
but with the attention span of a gnat.

The burnt smell of oxidizing metals had once filled me with hope. It held the promise
of a new start, it had dangled the possibilities of better things to come. But now it only filled
me with a feeling of apprehension and dread. “How come he still hadn’t arrived? 35A had left
only a couple of days ago.” I muttered to myself.

When we moved to the station, it had been operative for just over a year and had
already proven itself so profitable that the off-world trading company had already started the
construction of a new station on the opposite side of the asteroid belt. We arrived to a strong
burning smell, but we were quickly assured it was only present for the few hours the loading
dock was operative, after which it would get completely filtered out by the air circulation
system. The burnt smell is caused by the metal dust oxidizing as the miner ships dock with the
station, being the first time these metals encounter oxygen. The station was buzzing with
hope, enthusiasm, life, and activity. There were over five hundred permanent residents, and
added to them was a steady flow of haulers resupplying and getting some needed 1g sleep in
the habitation units.

The hab units were the center of the ship. They connected the operations sector to
transport and storage. When it had opened, it was the first station fitted with a rotating hab
unit. This looked like nothing more than large spinning rings connected to the center of the
space station. It gave the living quarters an approximate 1g of simulated gravity. Bruce and I
lived in the third ring from the loading area, it was a small apartment and we didn’t need
anymore, but we had talked about getting a bigger one when he got his first paycheck.

Bruce had just finished his extractor certification when the incident happened. In less
than a week, half of the residents had already left. A month later, the transport and storage
sector was shut down completely, and by the time we completed our first orbit, there were
only 10 percent of the crew left. What had felt like a busy city suddenly felt like an abandoned
submarine. Since I worked in communications, I was listed as part of the essential crew. That
meant I was obligated to finish my five-year contract. I had no alternative but to hang
around—even if it turned out to be life-threatening, or as it turned out, mind-numbingly
boring.

The loading bay was starting to power down for the day. Most of the crew members
were already putting away their gear. One of the newly arrived floor managers came over to
me and said in a soft, careful voice “I’m sorry. There won’t be any more ships arriving until
tomorrow.” I wanted to protest and stay there waiting for him, but I knew the floor manager
was right. Bruce was unlikely to be returning that night—as much as I wished it to be so. I
looked out over the almost vacant loading area before I took a final deep breath, still not ready
to go back home. What if Bruce came back just after I left? What if he arrived and there was
no one here to meet him? Would he think we didn’t care? Would he think we’d written him
off? I couldn’t bear the thought of him arriving with no one waiting for him. But common
sense told me to go home. Bruce might be gone, but I still have an important role in the daily
operations of the station, and with the influx of new people that role is more important than
ever.

I grabbed the guard rail and pulled myself down the corridor. As I exited the storage
area, I was greeted with the newly awakened life of the station. The workers who had just
finished their shifts at the loading bay were rushing to get good seats at the bar and the other
crowded common areas. Grimy-faced miners going home to get some much-needed gravity
and rest. Maintenance workers scurrying through, trying frantically to finish their tasks before
the bar opened. Even the kids could be heard playing up in the daycare in the hab units. It had
been three years since I’d felt this amount of life and atmosphere. But at the same time, I had
never felt more alone. It was a strange, hollow feeling. My stomach felt like it was dragging
between my feet.

I reached the connection for habitation Ring C. The openings rotating around the
circumference of the hallway. Bruce was always paranoid about getting his fingers pinched
where the rotating hab unit and the hallway walls met. He never got used to it. I smiled fondly
at the mental image of poor Bruce yanking his finger back, scared of getting them pinched.
Every time he did that, he would look back at me a little ashamed as he knew I would be
grinning at him, ready with mocking words on my tongue.

Grabbing the ladder, I entered my wing of the hab, unit feet first of course. As I got
closer to the edge of the ring, or the floor, I could feel my weight increase. My legs started to
quiver from the building feeling of weight. I had been waiting for Bruce in storage the whole
day, in the interim, my legs must have gone numb from the zero-g. Or is it not just my legs
but all of me that has gone numb? I asked myself as I could feel the momentum of the ring
force my body towards the ground. The heavy feeling of returning to gravity coincided with
the pressure building in my chest as I got closer and closer to home. As I reached the last few
steps my legs started shaking like the aspen branches back on earth, at this point, I was almost
at 1 g and I could barely hold back my emotions. I stepped down on the floor of the corridor.
When living on the inside of a ring, everything is always above you. It always seems as if you
were at the bottom of a curve. However, as you move forward, so does the curve. No matter
how far you get, you’re always at the bottom. I had never had that notion before, but after that
day it was the only way I could see that corridor, an endless loop that I would always be at the
bottom of.

Slowly, I opened the door to our small apartment, it had always felt cramped, but,
without Bruce, it seemed vast and empty. It wasn’t much, and it technically wasn’t even ours,
but it was filled with all the memories we had created together over the last three years. With
next to no work and a very limited number of people to socialize with, this room was where
we had spent most of our time. We’d always been together. “Oh, Bruce,” I said to myself as
my tears fell. “Please come back. How can I make it here alone?”

The next day brought only more waiting, and so did the day after that, and the day after that. I
waited for him every day for two more years, they never found his ship. It was time for me to
decide what to do next, my contract was over and my future lay in my own two hands. Having
lived alone on communication expert wages, meant I saved up enough money to start a good
life for myself back on earth, even with the ridiculously high living costs on the station. But
my mind froze at the thought of leaving without Bruce.

The robotic voice droned as I docked my miner to the loading bay. How much I used to long
for those words. I thought to myself as I boarded the loading bay. Yet they had already
become routine, even the smell of burning didn’t bother me anymore. What would never
become a routine though was the looks of pity I got from the other miners. Obviously, I never
said so on my application, but everyone knew why I was out there mining. With a slightly
defeated sigh, I took a last look at my ship before walking home, whispering to myself what
had become my new mantra. “I’ll see you soon, my dear Bruce, I’ll be waiting for you when
our orbits converge.”