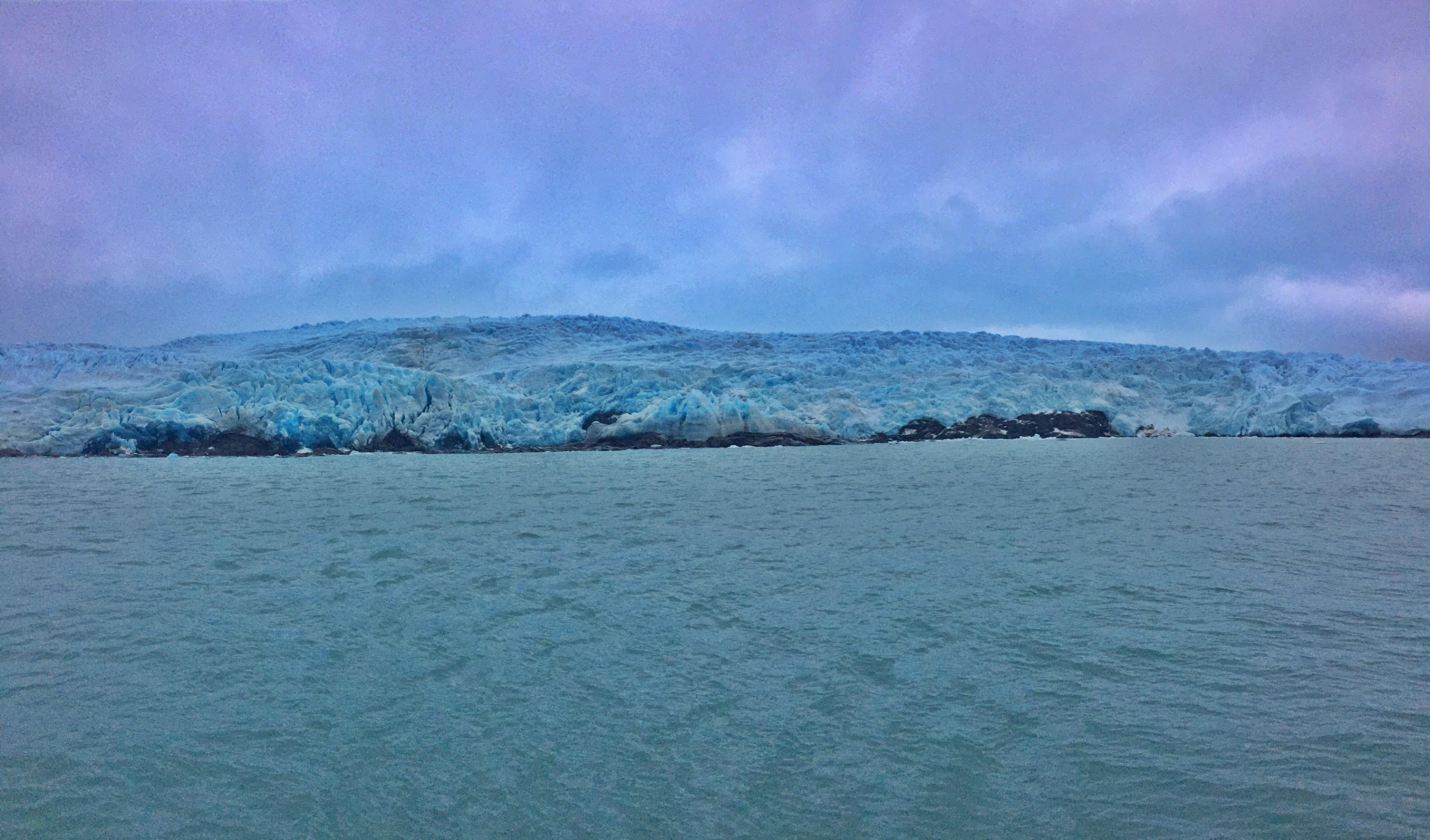 Nothing can really prepare you for your first sight of Svalbard.  Rock, ice, utter remoteness: it stares up at you as the plane descends through the clouds toward Longyearbyen’s airport. Only at the last minute do you even glimpse evidence of human habitation. Svalbard may be part of Norway, but from the air it seems closer to the moon.

When I started arranging this trip to Norway’s northernmost territory, the idea was to supplement a course I teach at ACN (called Geo-Politics of the Arctic) with a real-life taste of the High North. Frankly I had little idea what I was getting into. Then again, no one could anticipate the intensity of the next four days as the 24 of us tasted life clinging, miraculously but in surprising comfort, to a barren archipelago just 1,300 kilometers (800 miles) from the North Pole.

What can you learn in a place where trees don’t grow, where the streets have no names and where polar bears outnumber people? A great deal, it turns out.

Our first, rewarding stop was the University Center of Svalbard (UNIS), a modern facility for serious research in fields like glaciology and marine biology.  Everyone was quickly brought up to speed by the assistant governor of Svalbard and the UNIS information director. Right next door is a state-of-the-art museum. We even slept in a bit of history, converted coal miners’ cabins up the valley within reach of two glaciers.

It sounds banal to call Svalbard unique, but it’s true. It’s the home of the Global Seed Vault, an underground storage facility to preserve the world’s crop diversity in case of disaster. It’s a touchstone for global warming – which seemed obvious to us, given the mild temperatures and lack of snow even in late October. Svalbard is governed by an international treaty that makes for a hardy, and surprisingly diverse, community of 2,700. It’s also transitioning from a place of trappers and coal miners to one of cutting-edge research and polar tourism.

Sunday brought an all-day boat trip, led by knowledgeable guides, which took us through fjords and alongside striated, glaciated mountains. Our destination was Pyramiden, a Russian coal-mining town abandoned in 1998 but still eerily intact. It was a modern history lesson wrapped up in a ghost town, something unforgettable. Along the way we drifted off the Nordenskjöld glacier, a deeply crevassed, blue-ice wonder of nature, the surrounding waters dotted with miniature icebergs.

Any excursion is only as good as the people on it, and ours was a terrific, open-minded group that was game for new experiences. None of us came away disappointed. All of us came back exhilarated and deepened by this close encounter with a place few others have been lucky enough to see.

You can also check out our student reflections on their Tumblr page!