Kristina Syversen started her college career at ACN back in 2007 and recently received her Ph.D. in Educational Foundations and Research from the University of North Dakota. Reflecting back on her educational career, Kristina revisits many of her fond memories in the U.S. and offers advice to our new batch of students. Congratulations on your recent graduation and the start of your new career at Høgskolen i Innlandet! We're so proud of you, Kristina! 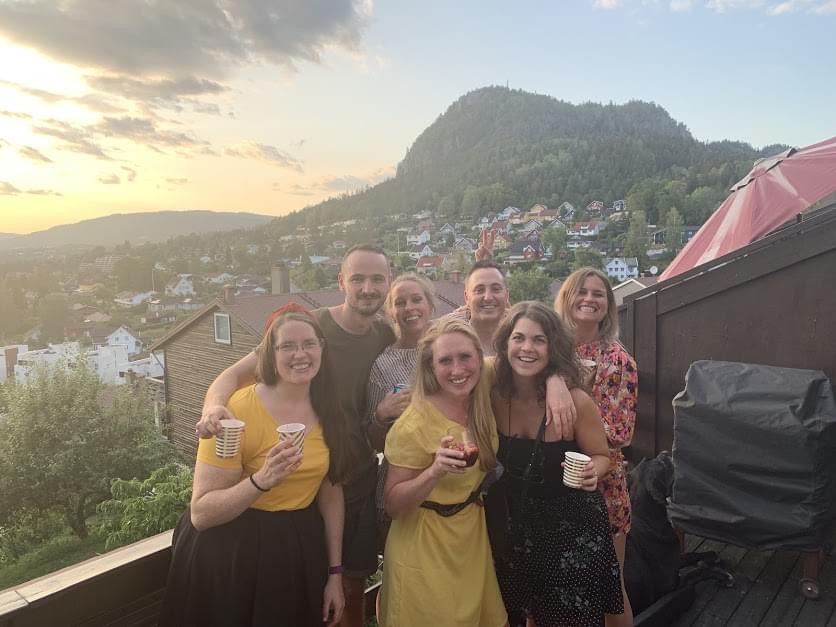 Twelve years ago, almost to this exact day, I packed my bags and moved to the US. Little did I know, I would stay there for that long, and eventually graduate with a Ph.D. in Educational Foundations and Research (last month). What an adventure it has been – all thanks to the American College of Norway! When I first started at ACN, I dreamed of a life in glamorous LA and studying theatre in the heart of the movie business. I quickly realized how much more expensive both living and studying in LA would be and decided to give the University of North Dakota (UND) a shot. I told myself, “just do one semester and see what you think.” That semester went by, and I quickly realized how much I wanted to stay. I really enjoyed being in a smaller city like Grand Forks, as the Norwegian community of ACN students made being far away from everyone in Norway so much easier. I met so many wonderful people at ACN, many whom I still keep in touch with today, and some have become my closest friends. It also felt like Grand Forks was a small place in Norway, as the local stores would be stocked up on good old classic Norwegian food like lefse, brunost, Jarlsberg, krumkake and julekake, and everyone I met would be so proud of their Norwegian heritage. Another major reason staying at UND felt like the right choice, was their long connections to Norway through ACN, and having had professors from different departments across campus while I attended ACN. Having had that opportunity, definitely prepared me for what was expected of me when I got to UND, and how their system worked. So what did I do for twelve years, you may ask? 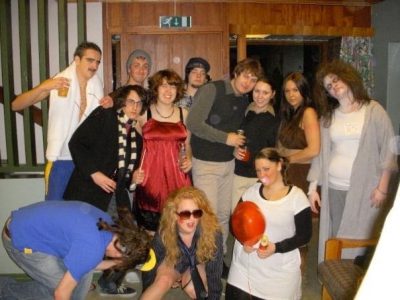 Kristina at a Halloween party at ACN

I first started with a Bachelor of Arts in theatre, but after a year, I found out how much I wanted to work with people with disabilities and create a more inclusive world for these people. Since UND did not have a bachelor’s program in special education, I added a second major in Elementary Education and a minor in special education. Adding that second major opened my eyes to how important education is and how amazing it can be when surrounded by teachers and professors who genuinely want you to learn and develop as humans. I felt truly at home, and I went from the girl who didn’t really care that much about school and education, to one that thrived being in such a setting. After having spent a few years in Grand Forks, I decided I wanted a bit of a change, and I decided to do my last semester and my student teaching in South Africa – another great and awesome adventure! I probably could write another page about that experience alone, but I can say that though I learned a lot and it pushed me out of my comfort zone, I definitely realized how much I really loved Grand Forks and UND. Before I went to South Africa, I had applied for my master’s degree in special education, because I was not ready to leave the US or UND, and I was accepted into the program while in South Africa. I still remember sitting at a sushi restaurant at the dock in Cape Town reading that email, smiling like a fool, and no one to celebrate with as I was having a mini fall vacation on my own, haha 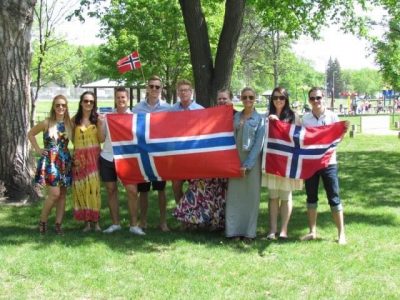 Kristina was an active member of ANSA

The year and a half finishing my master’s degree went by so quickly, and again I was not ready to leave the US. I decided to apply for Optional Practical Training (OPT) and do a work year. This was the moment I got to live out my LA dream! I moved there for a few months, and I was able to be an extra in a few shows – working right next to Sir Patrick Stewart in the show Blunt Talk, and America Ferrera in Superstore. Being on a set like that was a dream come true, even though I only was an extra! However, my time in LA was short-lived as I had just met a special someone a week before I graduated. I went back to Grand Forks and worked in a care home for children with disabilities. With my work year coming closer and closer to the end, I again knew that I was not ready to leave the US and tried to figure out what to do. I felt like I still wanted to learn more, and thanks to my friend (another ACN alumni), I ended up applying for my Ph.D. in Educational Foundations and Research. It was such a perfect fit for me. I just don’t have enough words to show how grateful I am for every person I have met at the College of Education and Human Development – especially everyone in the EFR department, where I got my Ph.D. Without them, I would not be where I am today, which is to work at Høgskolen i Innlandet (Inland Norway University of Applied Sciences) as an assistant professor in special education. Thanks to how well ACN and UND prepared me, I landed a job two days before my final defense! I never thought I would get a job that quickly, and I will always be so grateful to everyone who helped me along the way and making it happen!

To wrap this up, I just want to say that choosing UND was the best thing I could have ever done. Living and studying in North Dakota was so much cheaper than anywhere else I looked at, we were a huge group of amazing ACN peeps who moved there, and it felt almost like home – but still very different! Because it was less expensive to live there, I was able to travel all over the US. A lot of my traveling was to see my favorite band, Hanson, which just gave me that extra energy when I was starting to be sick of school. It was a life savior to have something to look forward to every few months. But it was also essential to choose an educational path I was passionate about! So with that, I just cannot thank ACN and UND enough for everything they have given me in life! Good luck to all of you new ACN students – you are in for your best adventure in life! 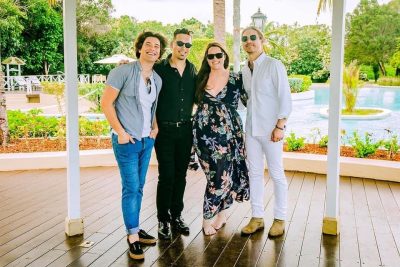 Kristina with her favorite band, Hanson in Jamaica

If you’re hoping to start your U.S. bachelor’s degree at the American College of Norway like Kristina, click here to learn more about our unique and exciting program! Watch a video about our program too by clicking here!