Being a part of this year's travel course to Svalbard prepared by the American College of Norway was a tremendous and unforgettable experience. Since hearing about this travel course during orientation, my friends and I were counting down the days until departure! For me, participating in this trip sparked many positive and unforgettable impressions towards Svalbard and the Arctic. Read more Feruza's experience to learn more about this popular ACN travel course! 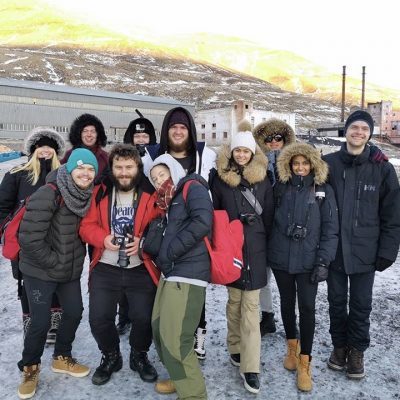 Prior to departure, we had meetings with ACN faculty and staff to prepare us for this once-in-a-lifetime journey to the Arctic. Due to Svalbard’s extreme northern location, the average temperature during our trip was expected to be as low as -3°C/25°F. Therefor, it was imperative that everyone needed to make sure that they had all the necessary gear to equip themselves with for this wonderful and exciting journey. On Monday, October 7 we traveled bright and early from Moss to the Oslo airport for the three-hour non-stop journey to Svalbard, Norway’s farthest northern territory!

We landed in a city called Longyearbyen, which is considered to be the capital of Svalbard and is also said to be the most densely populated area on the archipelago. Once we arrived, we took some pictures outside the airport with the infamous polar bear crossing sign. Shortly after our photo session we headed to our lodging where we dropped off our bags then proceeded to our first site visit, the University Center in Svalbard (UNIS). At UNIS, the researchers gave us a great introduction presentation which helped us become more acclimated with Svalbard and Longyearbyen. 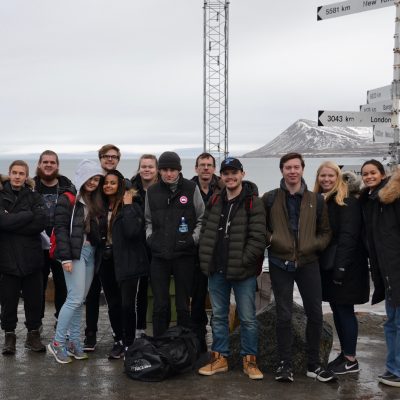 During our trip, we participated in several activities, in which some were already prearranged, and some were individually picked.  A few activities included hiking, nature walks, a tour of Longyearbyen and a fjord/glacier cruise to Pyramiden. My favorite experience from this trip was the boat cruise to Pyramiden, an abandoned Russian coal mining village. Pyramiden was founded by Sweden in 1910 and sold to the Soviet Union in 1927. In the 1980s, the population was more than 1,000, however, after 53 years of operation Pyramiden was closed leaving it a present day ghost town. Throughout the whole boat trip, we enjoyed an amazing view of the Arctic ocean, fjords and glaciers. Unanimously, this was everyone’s favorite activity during our trip and the perfect way to conclude our week in Norway’s farthest northern territory. 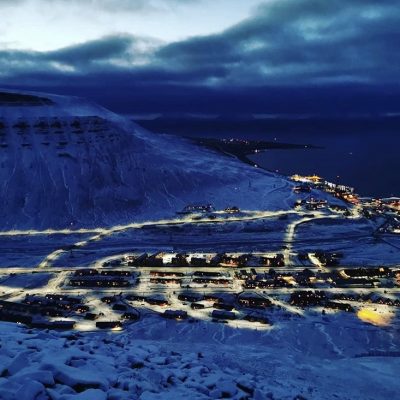 A view of Longyearbyen on an evening hike 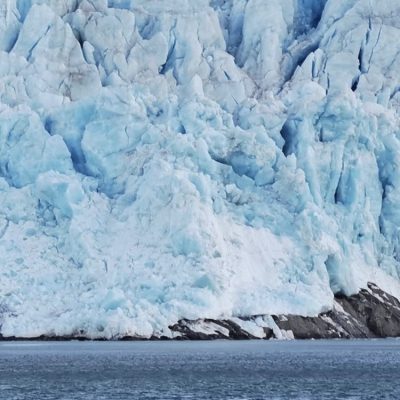 The Nordenskjold glacier on the way to Pyramiden

ACN has been organizing this amazing travel course for the past four years and it’s evident that this year was another successful and unforgettable excursion. I would like to extend my appreciation to the ACN staff and Dr. John Ross for arranging such an incredible and unforgettable travel course to Svalbard. This trip has been by far the best experience my friends at ACN and I have shared, and I will forever be thankful for this opportunity. 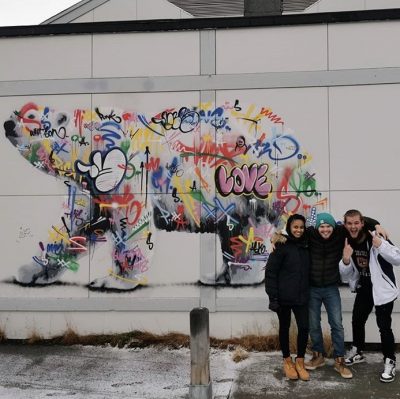 Feruza and friends on a walking tour of Longyearbyen

Are you longing for traveling or yearning to explore something new while making memories that will last a lifetime? If so, come join us at the American College of Norway (ACN) for our four-week summer school program from May 23 – June 17 and earn up to 6 U.S. credits while you're at it! Apply today to secure your spot in this unique program!
Les mer